Galveston voters will decide in May whether to extend the paid parking program on the Seawall and change the hourly rates.

As expressed in the ballot language, the revenue generated from paid parking along the Seawall will go toward funding improvements along the Seawall, including additional bathrooms, lighting, landscaping and other potential Seawall amenities.

Voters will decide whether to change the hourly fee from $1 to $2, with a $16 per day maximum, and approve selling annual passes for up to $45 per year. The ballot language maintains the current paid hours between 10 a.m. and 6 p.m.

The Galveston City Council voted in January in favor of calling a May referendum and to approve the ballot language. A Seawall parking ad hoc committee helped develop the ballot language and considered parking programs in other coastal communities when setting their recommendations.

The election ordinance with the ballot language is available for viewing here. 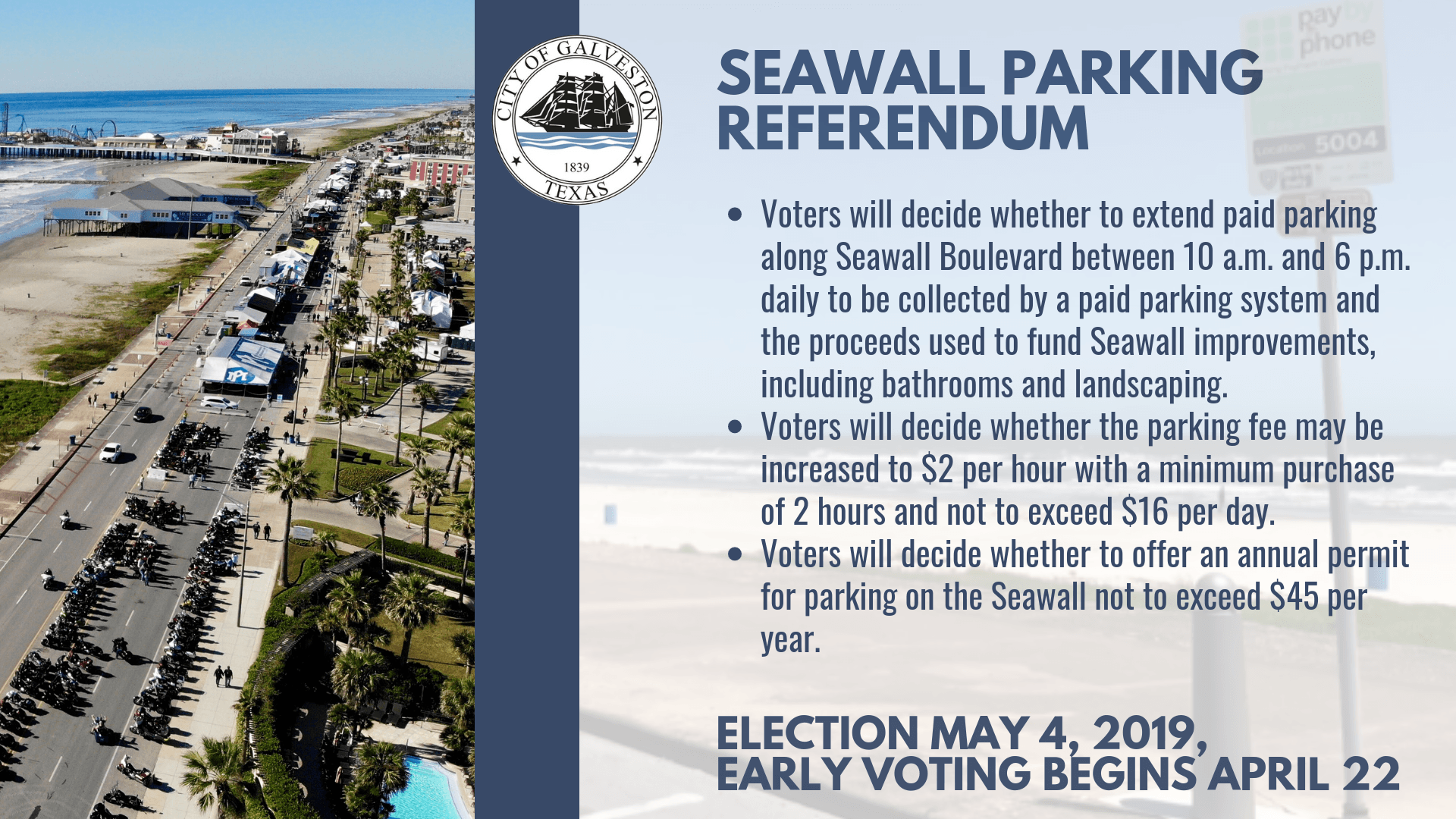 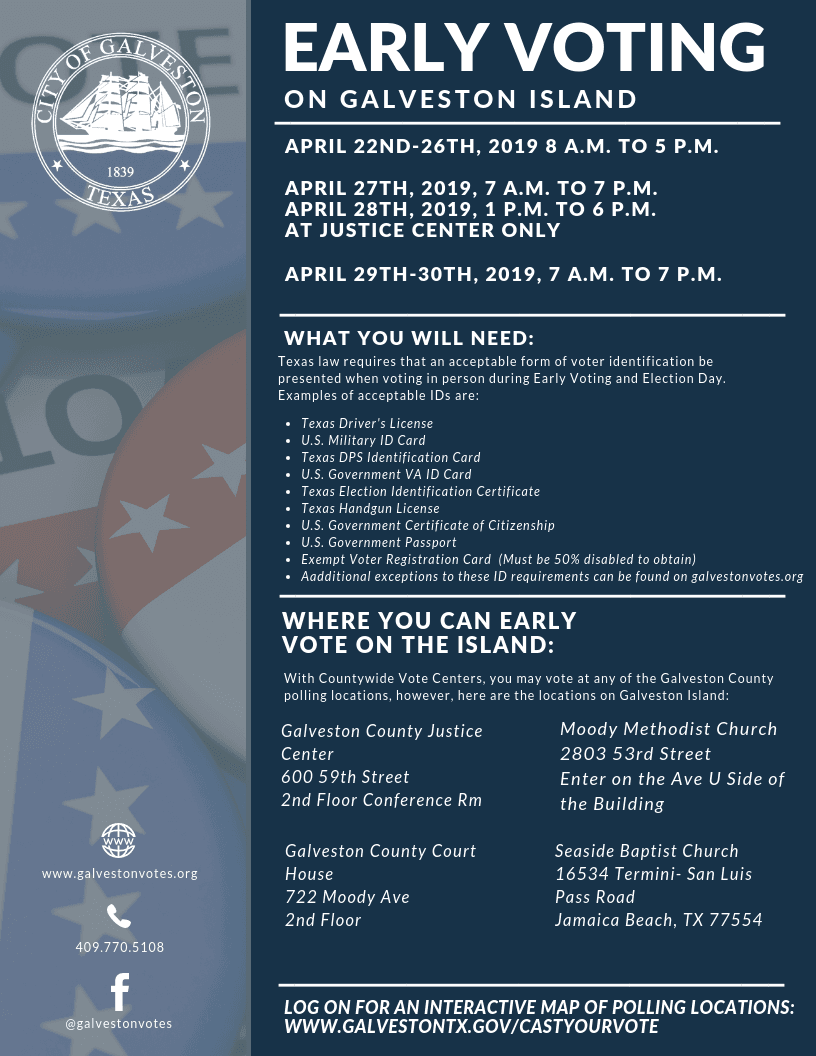