The mission of the Fire Administration is to direct, coordinate and provide support for all fire department programs. The administration division is directly responsible for the operation of six fire stations and 17 pieces of apparatus. The labor relations with 130 uniformed personnel and compliance with all applicable laws and contracts is also the direct responsibility of Fire Administration.

Chief Olsen was born and raised in Galveston. He joined the Galveston Fire Department in 1991 and worked his way up through the ranks of the department, while also serving on the Galveston Firefighter's Local #571 Executive Board for more than 20 years.

During this time, he served on numerous committees and boards. He also served as the Chairman of both the City's Heath Board and is currently serving on the Galveston Firefighter's Pension Board.

He is currently a member of the Knights of Columbus, the ELKS lodge of Galveston, and also served for many years as Vice President of Island Little League. He is the co-founder of the Galveston Firefighters Children's Parade.

“My priority as the chief is to provide a high level of service to the citizens of Galveston, while also providing a safe and positive working environment for the firefighters who proudly serve this community.” 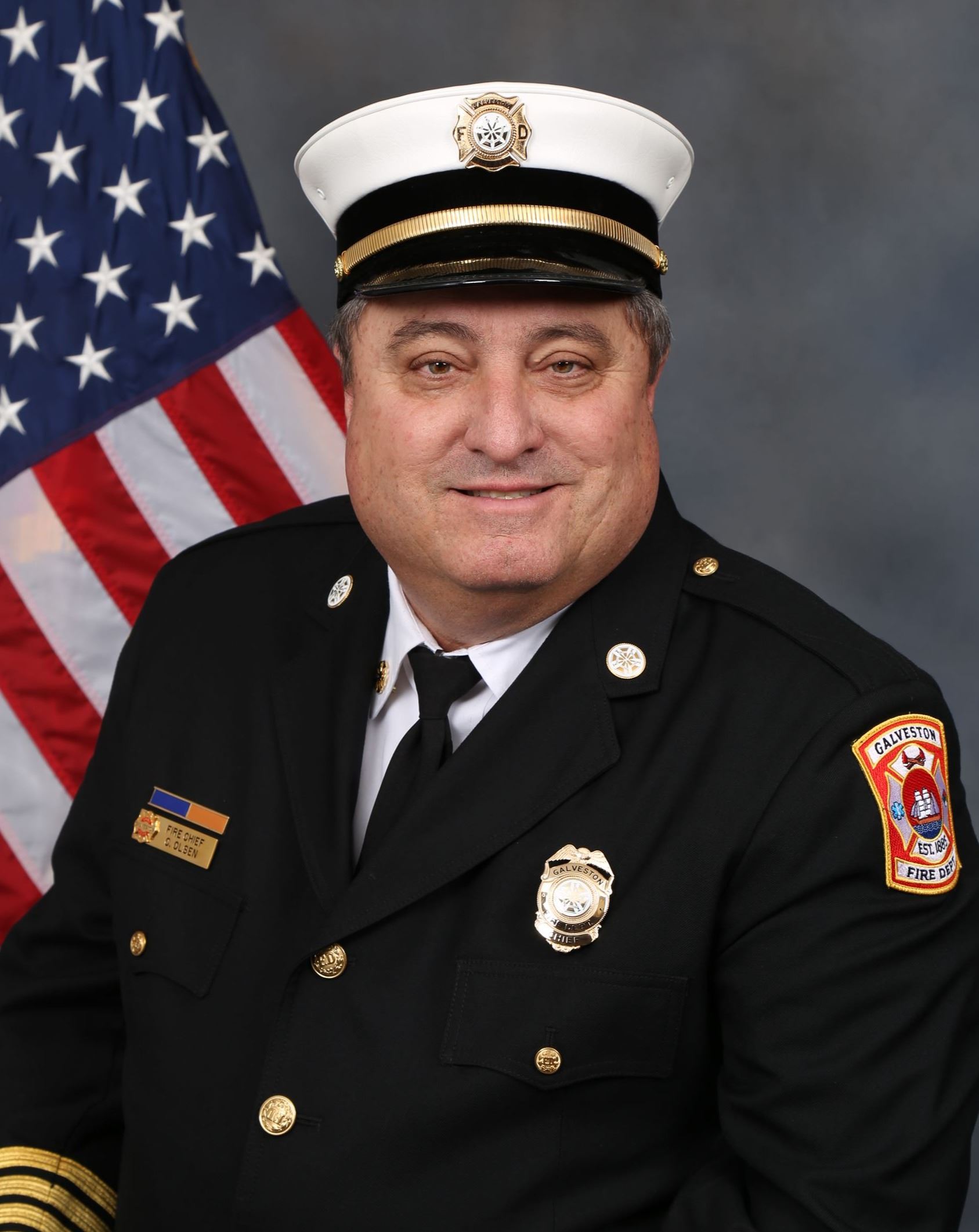