Assistant Fire Chief Richie Pearson is a 29-year veteran, joining the department in July 1991. Chief Pearson promoted through the ranks of Firefighter, Engineer, and Captain before he was appointed Asst. Chief in October 2015. He holds his Advanced certified Firefighter certification with both TCFP & SFFMA and is an EMT. 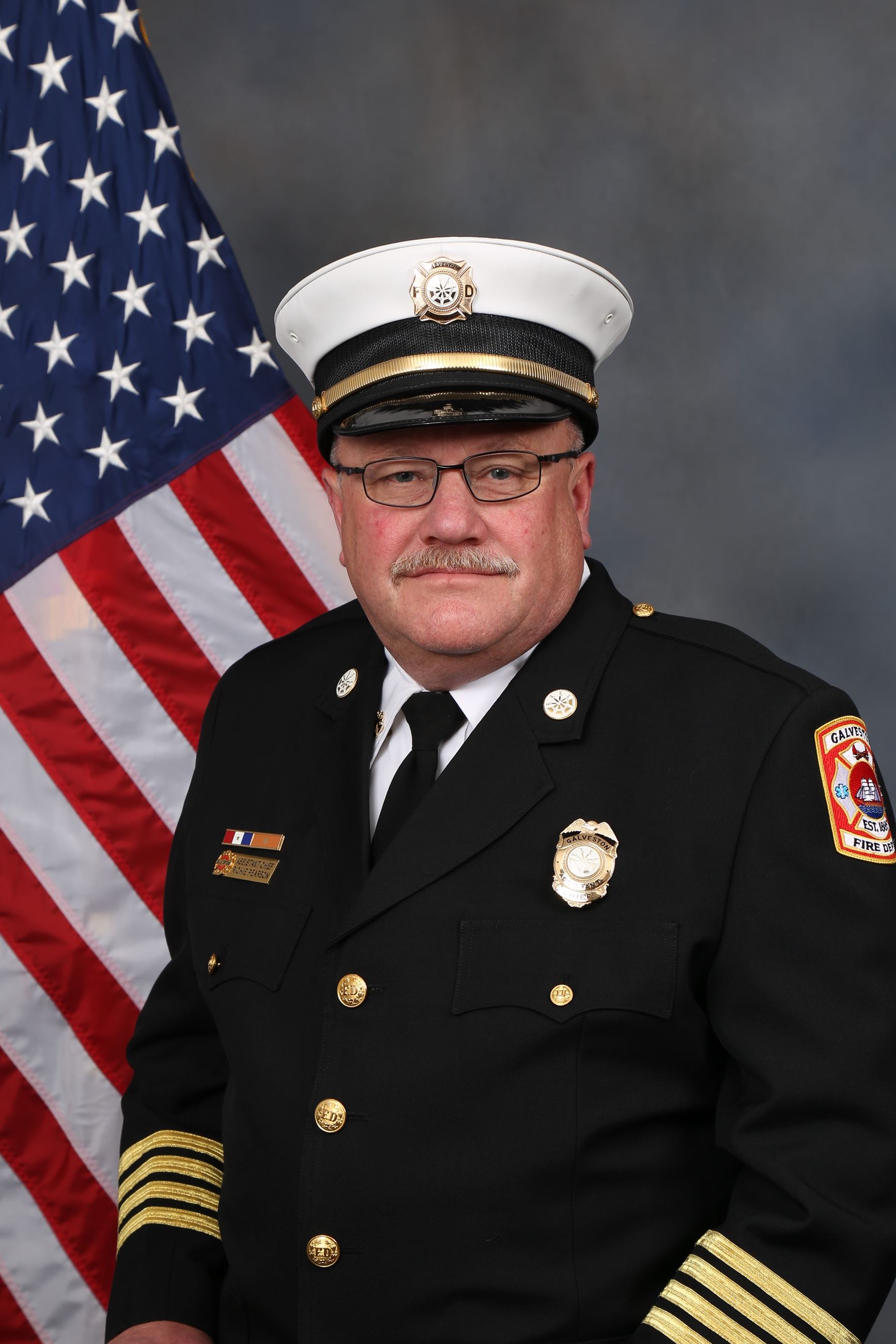 During his career, Varela obtained an Associate Degree in Fire Science and currently holds a Master Certification through the Texas Commission on Fire Protection. Chief Varela has earned multiple commendation bars, life safety awards, and state certifications throughout his career. He has been a member of the Honor Guard, spent over a. decade on the Galveston Firefighters Association Executive Board, and currently assists in running the Firefighter's Children Parade.

"It has been an honor and privilege to serve and protect the community I grew up in". 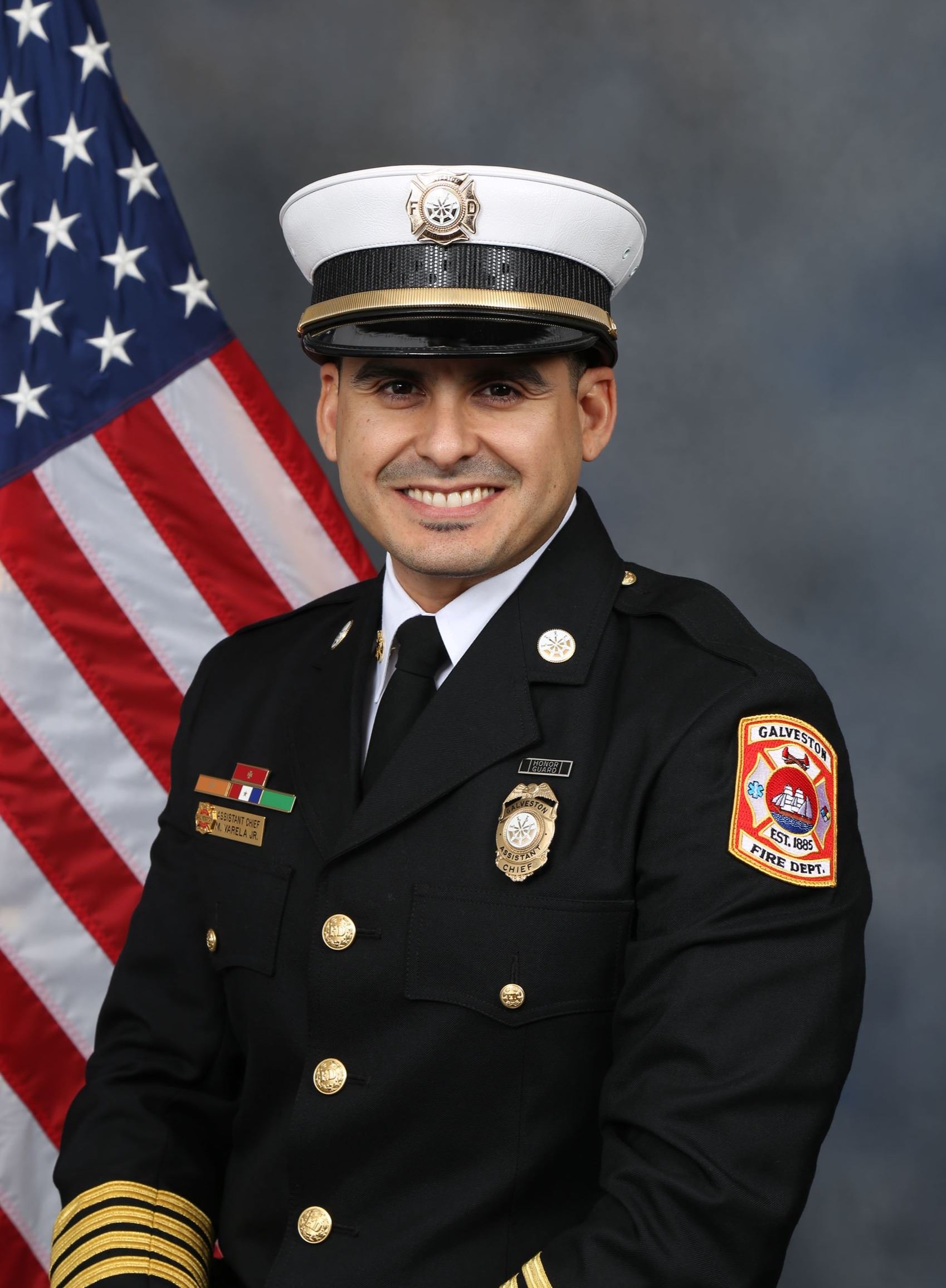 Chaplain Kelley Vaughan is a third generation BOI (Born on the Island-er). He was asked to become chaplain in April of 2013 by then-chief Jeff Smith. He is a member of the national Federation of Fire Chaplains and the Texas Corps of Fire Chaplains.

A graduate of Houston Baptist University with a degree in Christianity and Sociology, and of Southwestern Seminary with a master’s degree in education, Chaplain Vaughan has added further study at the doctoral level in education. He has been on staff of churches in Houston, Arlington, and Denver, Colorado and has been serving as pastor of Seaside Church on the Island since 1995.

Currently a volunteer, Chaplain Vaughan has numerous duties, including debriefing firefighters after difficult calls or major crisis events, participating in community and department events and ceremonies, representing the department at regional functions, visiting each station and shift to get to know fire fighters and officers, performing weddings and funerals, offering spiritual counseling for fire fighters and their families or referring them to other health care professionals if needed, being on-site at fires to offer support as needed to fire fighters as well as encouragement to concerned or grieving citizens, recognizing fire fighters on birthdays and anniversaries, and even writing an occasional blog article about his experiences as part of the fire service team.

Chaplain Vaughan has several goals for fire chaplaincy in Galveston. He would like to see the position become recognized as full-time staff member. He would like to see enlistment of a team of local clergy as resources for firefighters, as well as development of a resource packet to be made available to fire victims with contacts for everything from temporary housing to food assistance. 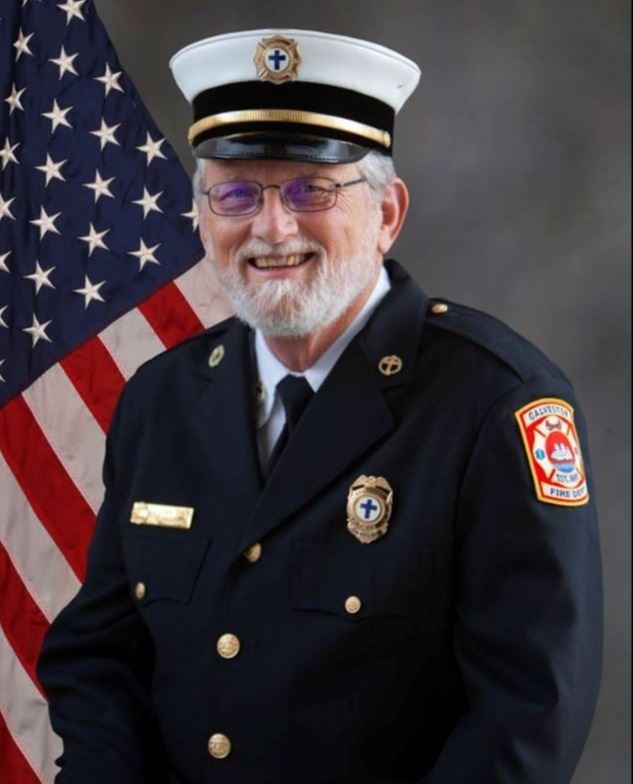