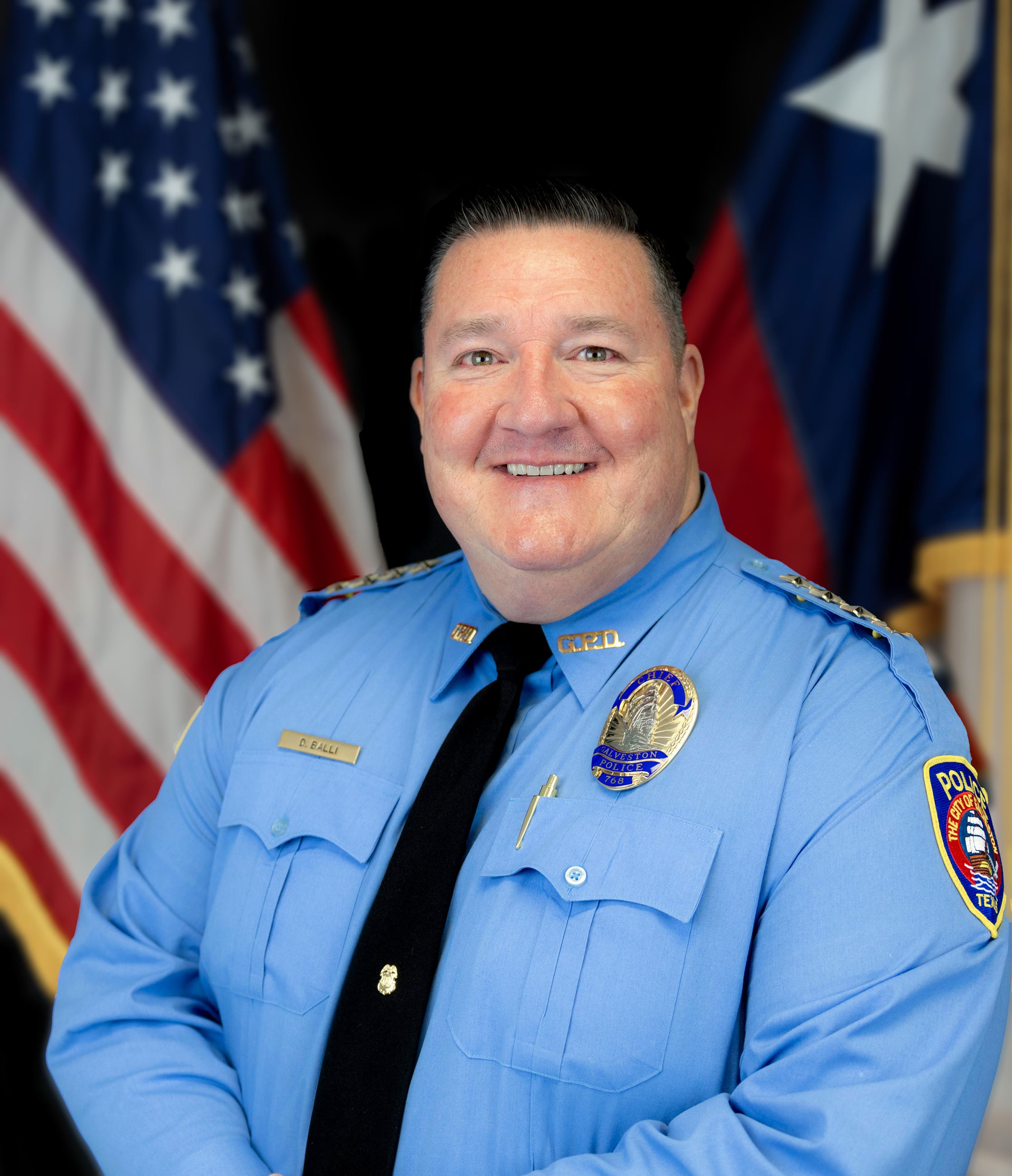 Doug Balli brings more than 26 years of experience, service, and leadership to the Galveston Police Department as Chief of Police.  He prides himself on continuing interaction with officers while maintaining open lines of communication for public access to exchange information on concerns and actions. Chief Balli has worked in every department within the organization, including his duty as Commander in the Office of Professional Standards. Among many career recognitions received for performance was his selection as Officer of the Year by the Combined Law Enforcement Associations of Texas.

A proud BOI and island resident, he has served the City of Galveston and the department in many capacities.  While an active police officer, he served multiple years as Chairman of the City of Galveston Health Board and the Galveston Employees’ Retirement Plan for Police. Chief Balli holds a Master Peace Officer certification, Texas Commission on Law Enforcement instructor certification, acquired over 3,200 professional course hours of TCOLE training, Command Staff Leadership Training through the Law Enforcement Management Institute of Texas, FBI-LEEDA Command Leadership, and graduated from the FBI Command College.  He is a graduate of Texas A&M Commerce with a degree in Criminal Justice.