In The Can, Not The Sand

As you and your family plan your trips to the beach this summer, remember that this is our Galveston! Help us keep Galveston beaches clean! Show us how you and your family are making a difference by sharing your pics with us by using the hashtags #inthecannotthesand and #thisismygalveston on social media so we can encourage other families to do the same! Once we see them, we'll post them here and on our social media channels. You can also email them to publicinformationoffice@galvestontx.gov! And remember, in the can, not in the sand!

The Adopt-A-Beach program is an all-volunteer effort that began in 1986 in an effort to rid Texas beaches of litter. Since the program began, more than 476,000 volunteers have removed 9,000 tons (more than 17 million pounds) of trash from the Texas coastline, making it one of the most successful volunteer efforts in the nation.

Due to tide patterns in the Gulf of Mexico, trash dumped anywhere in the gulf is likely to end up on a Texas beach. Volunteers record information such as the source and type of debris collected on data cards. This data has been instrumental in the passage of international treaties and laws aimed at reducing the amount of offshore dumping. Keeping Texas beaches clean and safe is an economic as well as environmental priority. Coastal tourism, a $7 billion industry, and commercial fishing, a $1.9 billion business, demand clean beaches and a healthy gulf to thrive.

The program strives to:

The Texas Adopt-A-Beach program, an all-volunteer effort, is dedicated to preserving and protecting Texas beaches. The program's success is due to the generous efforts of dedicated volunteer county coordinators, coastal community leaders, sponsors and citizens. Strong support from the private sector helps carry our message to Texans all across the state. 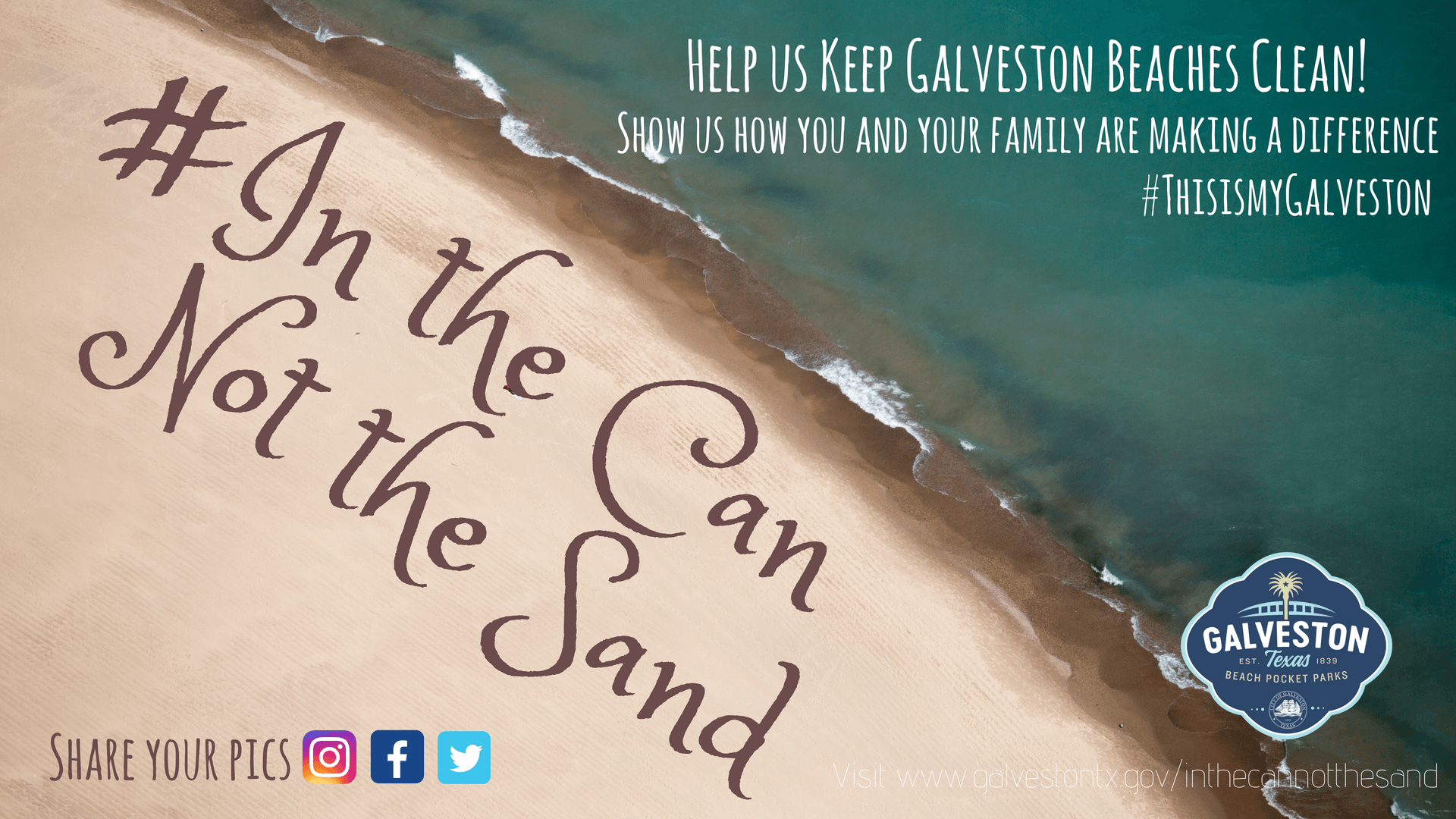 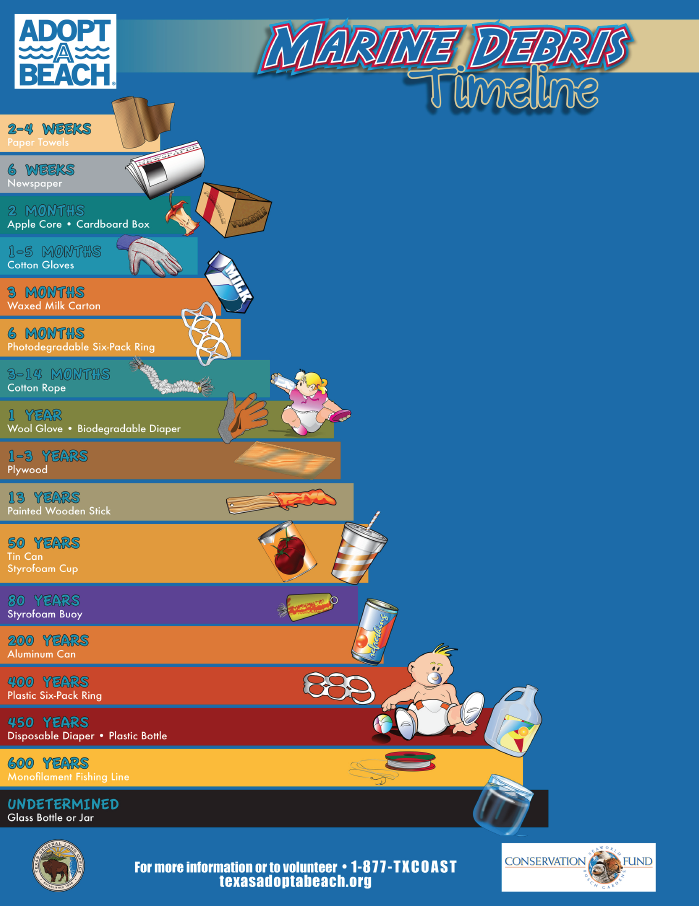 Litter in Texas is a big problem, and we’ve been hard at work researching the cost of litter in Texas. Using everything from behavior and attitude studies to visible litter studies, we’ve been collecting data (and litter) to best assess how to approach the problem head-on and determine the most effective methods to end litter in Texas forever. Get the Research.

LITTER FACT #1:1 in 4 Texans admits to littering in the past year.

LITTER FACT #3: The most common forms of litter are food/organic material, cigarette butts, and small pieces of paper—receipts, gum wrappers.

LITTER FACT #4:71% of litter consists of microlitter that is not easily seen on roadways, such as cigarette butts, straws, and gum wrappers.

LITTER FACT #5: Tobacco trash is the most common form of litter found on Texas roadways.

LITTER FACT #7: Tire debris is the second largest component of litter and is pervasive across all areas of Texas.

LITTER FACT #8: If every person in Texas picked up just two pieces of trash every month, our highways would be completely litter-free in just one year.

LITTER FACT #9:62% of Texas smokers admit to tossing their cigarette butts out of the window of their cars. Please keep your butts in the vehicle at all times. Thanks.

LITTER FACT #10: Litter is trash that is not disposed of properly in a trashcan. Apple cores are litter too!